skip to main | skip to sidebar

It might be just me but have you noticed that watching the news everything is repeated on the bottom 1/3 of the screen. Why have a picture if you can see it. Some screens also 1/4 of the picture cover with what's coming up next.

Coming up next, by the way, means the end of the program. When something they think is important happens, they beat it to death for weeks, why.

Thank god for the internet or I would go crazy, maybe it's too late for me, my tin foil hat keeps falling off my bald head.
Posted by DR VINNY BOOM BOTTS at 2:30 PM No comments:

The russians are coming....

I guess the Russians didn't learn from Afghanistan the last  time, so why are we so upset. I'm sure the people back home are all for this(?).

The soldiers, all I can say is good luck and I hope you don't have a Veterans Adm like ours....
Posted by DR VINNY BOOM BOTTS at 1:48 PM No comments:

Do you get the feeling that Obama let this go so he could get cuts and make the Republicants look nuts.

Do you get the feeling the Republicants don't care because they have what they want and don't care what people think.

Everyone is coming out of this with a win but the people. Makes me think maybe we all work for the Gov and not ourselves.

Do you think cutting the budget will be something we do till the end of time. The more Million/Billionaires move out and dump their citizenship I get a bad feeling.

One day we will wake up with no money and a country no one will invade!!
Posted by DR VINNY BOOM BOTTS at 3:26 PM No comments:

Is the GOP for real? 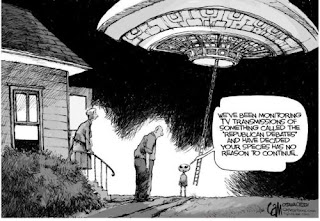 Sad to say but the GOP has found the worst of the party to put up for election! The "Tea Party" has taken it away from us old folks and dumped a pile of idiots right in the middle.

Obama has not been great but with the wack-o's in congress I'm surprised he hasn't left the country. These people have no clue or due they?

I think that the far right wants to change the very way this country operates, from bottom to top. A return to 1870 would serve them well. Robber barons, monopoly's, no EPA, no vote for women and a war every few years to keep the middle class population under control. What an ideal place for some of these front runners.

As time goes by, one doesn't know if you should laugh or cry.
Posted by DR VINNY BOOM BOTTS at 10:14 AM No comments:

The people at Own Wall Street are in my opinion, the new wave of real Americans.


Americans with a dream of a great country again, not just the biggest power in the world but the America that the world used to dream about. Their are a lot of people out their who don't like us at all, for good reason. The ten year long war is part but the Big Banks are a large part too.


I think we, the people, can still control the Army but Big Banks are another thing.

Looking over the group of the above, one thing comes to mind, this could be the best election yet. I can hardly wait for the debate over masturbation and getting rid of social security, Medicare, Medicaid, underemployment insurance, this will be great.
Letting the Banks loose so the can help us!? War with Iran because-because I don't know just because!? Tax only the bottom 97% of the people!? Preexisting Condition to bad, die!?
I hope they will show them live so we can see that these people are all of the above!!!!!!
Posted by DR VINNY BOOM BOTTS at 11:47 AM No comments:

It never ceases to amaze me how wrapping ones self in the flag and eating apple pie with a shout out to "JESUS" can turn you in to a leader.
Not that this guy doesn't have some points but they should be kept in the hospital he should be in.
I found this on the net and is a good sum up of the new stink in the land----
The Glenn Beck Magic Revival Hour is over now. The concession stands have sold out of "Freedumb Pop," while Believers shout hosannas and praise the "Word" as revealed to Beck from the burning sagebrush of John Wayne's sacred spirit.

The great Oz Media has analyzed, punditized, commercialized and celebritized the Archie and Veronica of moral mediocrity, proving once again that if it sparkles like shallow water in sunlight it must be worth ratings.

There is nothing new here, nothing even original. Joe Pyne did it in the late 1950s, Billy Sunday and Aimee Semple McPherson did it in the 1920s, and my friend's dad, Cleon Skousen, warned all of us, America's children and parents, that creeping Communism and Sputnik and rock 'n' roll would bring about the downfall of America unless we joined the John Birch Society.

The country is awash in Commies and Sinners. The End Times are upon us. Again.

Sing a hymn. Say a prayer. And send a dollar for God's profit - Glenn.

The great American stupid goes on and on.

Equipment at a construction site for a new mosque in Tennessee was set on fire.

Americans continue to lose jobs and houses with little relief on the horizon.

The GOP plans to hold probes into possible impeachable offenses by the Obama Administration if they win the midterms. Or at least shut down government.

But hey, a bible-thumping millionaire bunko artist set up his Chautauqua tent on television and spoke in tongues and that is twice as cool as life and death.

In the name of the Holy Trinity: Larry, Curly and Moe -

Amen.
Good luck on the ride down with this guy!
Posted by DR VINNY BOOM BOTTS at 11:47 AM No comments:
Labels: CRAZY, GLEN BECK

I didn't think about it but with good Tea comes good ideas. The Tea Party has truly some of our greatest leaders with ideas that are soo simple, its a wonder the Damcrats haven't used them for their evil push to Socialism. As most, but not all, Socialism simply means you are your brothers keeper.
One of these ideas is to take the Money in the Social Security fund and put it it the stock market. Wow so simple, we all know how well the market has done!! This would put money right in the pockets of big bankers and invest banks and one of the best people real estate investment funds!!! This would stop the big give away by Obama. As new money, yours, is sent to the market its bound to give you a REAL retirement account. I bet you can't what till that first CITIBANK letter hits your mail box!!!
Oh the joy knowing that you as a contributor is helping in the great bonus battle on wall street. I know that some day we will hit $300,000,000 for the head man at our SOC SEC investment!!!!
Make you proud to be American!!!!!!!!!!!!!!!!!!!
Posted by DR VINNY BOOM BOTTS at 2:36 PM No comments:

Following the tea party is like following the circus, you never know what you will find on the ground. Little things like the truth.
I find that the tea party is so full of the great "right-wing" half truths that you don't know if you should laugh cry or kill yourself.
This group of people may(god forbid) be a power in the mid-term elections. If their are, what will happen??
TAX'S- no taxes, let every body take care of their own problems.
WAR- yes we need one, its good for business, Obama may stop the TWO going on now.
HEALTH- I fell fine, the hell with everybody else.
GOD-in every school.
GUNS-every one gets one but the blacks, Mexicans and any one with skin darker than mine.
Like I said, due you laugh cry or kill yourself?
Posted by DR VINNY BOOM BOTTS at 11:21 AM No comments:

OBAMA LOST IN HIS OWN GOVERMENT

Sad to say buts Obama has lost his power to congress. This mean that NOTHING well get dun. With all the power at the start, he didn't use it. I think that is because he does not know how.
With all the things coming up (WAR) I see no hope of get his power base back. To think that the right-wing fool's and bankers will run the country agine is scary.
Canada looks better all the time.
Posted by DR VINNY BOOM BOTTS at 3:36 AM No comments:

One of the worst commercials on the tube right now is the glade candle one. This has three or four women in it who visit a Friend who uses the candles. She tries to pass them off as Franck scented candle. Please, have you ever smelled a French candle. Believe me I won't want to. Take this off the tube.
The couple in bed getting ready to have sex are mixing oils of some kind that sets you crouch on fire with love. Give me a break, if you need to mix up a bunch of oil to make love then we are in deep trouble. Take this back to the lb!!!!!!
Beer, Rum, Vodka ads are great. People have a good time , grabbing women starting fights, all the fun things that come with drinking. Then they say Please drink reasonably. A no brainier off the air.
All sports ads, the music is better than the sport. Why do they have half naked girl on the side lines in the game is so good. Get a clue. Seeing which team uses the most drugs is not fun TV.
With over 300 channels to watch, 100 are sports, 20 "GOD CHANNELS", 50 buy how and 30 channels in some other language then mine(ENGLISH) we get down to 50 or so to watch.We finely find one to look at and the commercials are CRAP.
Thank God for TV RECORDERS.
Posted by DR VINNY BOOM BOTTS at 12:50 PM 4 comments:
Older Posts Home
Subscribe to: Posts (Atom)